Def. A curve on the surface of a cylinder or cone such that its angle to a plane perpendicular to the axis is constant. Helixes can spiral clockwise or counter-clockwise and one would be the mirror reflection of the other.

The use of the Arabic numerals permitted Fibonacci to find that there are numbers whose ratio is the same as the ratio of their sum to the larger of the two quantities. This ratio can help us understand the nature of the phenomena like the helixes found in storms, cyclones, and hurricanes, or in the structure of the DNA, which is based on the ratio between, precisely, 21 and 34.

Long before the discovery of DNA, the caduceus, a double helix of two serpents coiled around a wand, was regarded as the symbol of the Greek god Hermes, the messenger of the gods, purveyor of incantations and protector of merchants.

Color Description: Dark grey background with an attractive and subtle white veining throughout. The dramatic contrast of the white vein against the warm grey base makes this color a very elegant and sophisticated stone. No only shows personality, strength and character, but also grace and contemporaneity. 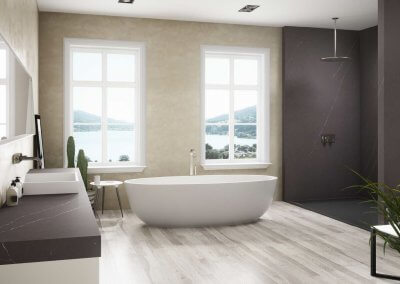 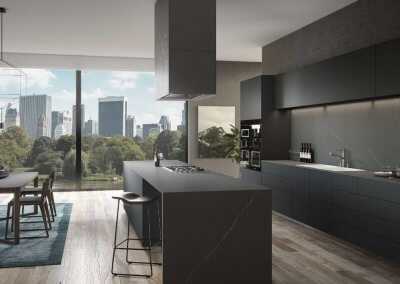 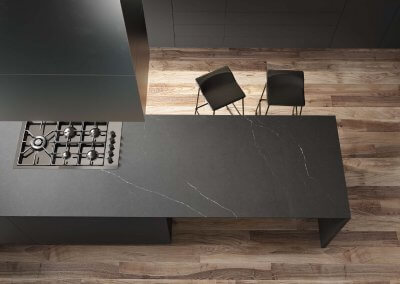 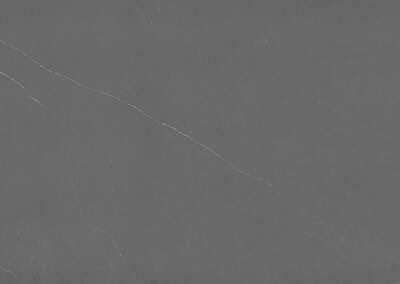 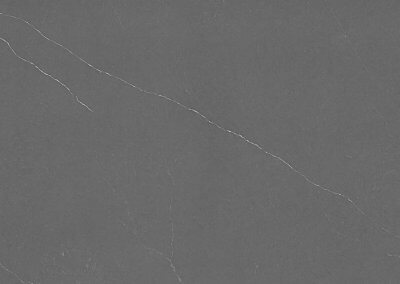